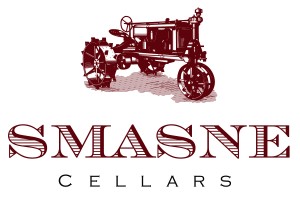 When Robert Smasne was 9 years old, the idea of making wine began to germinate.

He grew up in the Yakima Valley and has spent his entire life around grapes. His family, which has farmed in the region for more than a century, has grown juice grapes since the 1950s. He and his brother were used to eating the sweet Concord globes in the autumn.

But one day, they went to nearby Otis Vineyard and tried those wine grapes. He noticed they tasted unusual — in a good way.

“We had grapes my whole life,” said the owner of our 2013 Washington Winery of the Year. “I’ve always been around harvest. But those grapes got me to thinking about why they were so different.”

In the early 1970s, his father planted some wine grapes, and his uncle still grows them today. Even though he was immersed in the wine grape industry, he went to Washington State University to become an architect. But six months after arriving in Pullman, he changed his major to biology and chemistry. Upon graduation, he got to know Dave Crippen, who got him a job at Covey Run Winery in Zillah. There, he got to work alongside such winemakers as David Lake and Flint Nelson and was introduced to the world of professional winemaking.

In 2001, he headed to Walla Walla, where he was assistant winemaker at Pepper Bridge Winery and winemaker at its second label, Amavi Cellars. By 2004, he was back in the Yakima Valley, making wine at Alexandria Nicole Cellars in Prosser — but he also was working on his own winery.

In 2006, he’d left Alexandria Nicole and opened Smasne Cellars. He had 75 cases of red wine from the 2003 vintage. Today, he has built that to 15,000 cases under his various labels: Smasne Cellars, AlmaTerra, Smasne Reserve, Farm Boy, Farm Girl and 1/2 Ass.

AlmaTerra is a project with Alan Busacca, a retired WSU geology professor who wrote the petitions for the Wahluke Slope and Lake Chelan American Viticultural Areas. They operate a tasting room in the Columbia Gorge town of Bingen, Wash.

Additionally, Smasne makes wine for a few other wineries, including Skylite Cellars in Walla Walla, Upland Estate in Sunnyside, Northwest Cellars in Kirkland, Challenger Ridge in Concrete, Berg Family Cellars in Bellevue and Bartholomew in Seattle.

Between his own label and those he works for, Smasne has accumulated eight Platinum awards from Wine Press Northwest in the past two years, among the most for any single winemaker during that period.

Smasne, 40, completed his 15th professional harvest last fall, and the experience he has accumulated has helped him dial in his grape sources.

“After my experience with Alexandria Nicole, I knew I wanted to be in the Horse Heaven Hills,” he said. “I love Phinny Hill. It’s one of the top vineyards in the state.”

He also has deep respect for the Andrews family, which has a long farming tradition in the Horse Heaven Hills, and he brings in grapes from Mike Andrews’ Coyote Canyon Vineyard. In the Yakima Valley, he uses Upland fruit not only for Upland Estate’s wines but also his own label. Also in the Yakima Valley, he brings in Malbec from highly respected Verhey Vineyard. And on famed Red Mountain, he uses grapes from Ciel du Cheval, Scootney Flats and Red Heaven.

It’s easy to see that Smasne is deeply rooted in the Yakima Valley and family is important to him. He makes wines named after his son and daughter. His Farm Boy label has a drawing of him as a child, and Farm Girl depicts his daughter.

Between his own labels and his client work, Smasne makes something north of 25,000 cases, and he just added a six-year contract to make wines for the WSU Museum of Art. He does all of this with four full-time and 11 part-time employees in a 75,000- square-foot warehouse in Grandview.

“We’re pretty efficient,” he said with a chuckle.

Smasne’s wines can be enjoyed on both sides of the mountains, as he has tasting rooms in Woodinville and Kennewick (as well as AlmaTerra in Bingen).